The history of Corpus Christi Parish began 78 years ago, for it was on June 18, 1937, that Bishop Thomas E. Molloy asked Rev. Charles J. Cary to found a new parish in Woodside, New York. Father Cary, an enthusiastic pastor, saw the parish through its early stages.

At the start, Masses were celebrated in the Hobart Theater (currently the site of Woodside Farms), and Father Cary and his curate, Father Peter A. Harrigan, resided at 54-07 32nd Avenue. This area was the heart of their parish, which included several blocks of private homes and the then newly-built Boulevard Gardens apartment complex.

Groundbreakinq for a church at 60th Street and 32nd Avenue took place on May 15, 1938 and Mass was celebrated there for the first time on May 22, 1940. Fittingly enough, the Sacrament of First Communion was celebrated the next day, the feast of Corpus Christi.

The completed structure was, according to newspapers of the day, “only a basement,” but was expected to be the foundation of “a superstructure” to be built at a later date. Dedication of the church took place on July 13, 1941. Meanwhile, the priests moved to a rectory at 31-29 60th Street.

In many ways, the history of Corpus Christi paralleled the history of our nation. In 1941, the United States entered World War II and the new parish threw itself into the war effort, working with the Red Cross and other war relief agencies to provide services for those affected by the conflict.

The 1950’s were a period of peace and prosperity in the United States.

While the country flourished, Corpus Christi continued to grow as World War II veterans populated the Jackson Heights sector of the parish. New homes were built and the eastern parish boundary was set at 73rd Street.

In 1959 and 1960, two new states joined the Union and Corpus Christi expanded also: a new school, including a beautiful auditorium as well as a new rectory and convent were built under the pastorate of Rev. Robert E. Crowell. The new buildings were dedicated by Bishop Bryan J. McEntegart on October 29, 1961.

Throughout the 1970’s and early 1980’s, Corpus Christi parish continued to quietly service the spiritual needs of the immediate community. Meanwhile, however, neighboring parishes grew in size and stature, seemingly overshadowing the simple basement church on 32nd Avenue. Many people who worked in the surrounding factories were not even aware of its existence. One significant event of this period, however, was an outreach effort aimed at the growing Spanish-speaking population. A weekly Mass in Spanish was added to the parish schedule.

In addition to the Spanish speaking population our parish is now home to a large number of Filipinos and people from India and Pakistan.  When we celebrate the Feast of Corpus Christi each year we highlight the fact that we are all one people, from many places, who are united in our faith in the Lord Jesus Christ.

In March 1987, Bishop Francis J. Mugavero appointed Rev. Richard F. Dunn to be the ninth pastor of Corpus Christi. Father Dunn reveled in his new assignment at “this little country church,” as he often called it.

In early 1988, Father Dunn undertook a major fund-raising campaign to renovate the interior and exterior of the church in preparation of its 50th anniversary. The results of the campaign were stupendous and the church reopened on Christmas Eve, 1988 to rave reviews. A new bell tower proclaims Corpus Christi’s presence in the community, while the Blessed Sacrament Chapel pro vides a tranquil setting for meditation before the Eucharist.

Fr. Peter Gillen became the pastor of Corpus Christi after the retirement of Msgr. Dunn.  Of the many things that Fr. Gillen did in the service of the parish the one that will be remembered the most is the institution of the Perpetual Adoration Chapel located in the Parish Center (former convent).  The chapel, dedicated to St. Philomena, is open twenty four hours a day, seven days a week for Eucharistic Adoration.  Hundreds of people visit the chapel every week and spend time in prayer before the Blessed Sacrament. The spiritual blessing that this has brought to our parish is beyond anyone’s ability to calculate.

GiveCentral is a secure, online system that allows you to give whenever and however you like - from home or on the go with your phone.

PERPETUAL ADORATION : The Adoration Chapel is now open everyday from 9 am to 8 pm. to be able to open the chapel 24 hours, we invite adorers to sign up night vigil in the sheets provided at the entrance of the Adoration chapel, or calling the rectory office, or through our parish website by clicking WORSHIP in the menu.

FOOD PANTRY :We are open every Wednesday from 11am – 1pm. 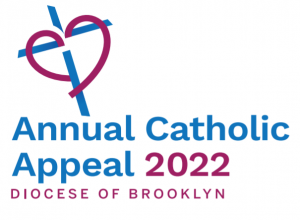